Pictures From "The Little Grey Men" 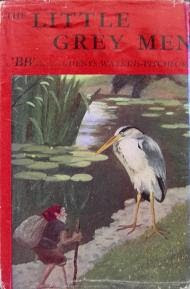 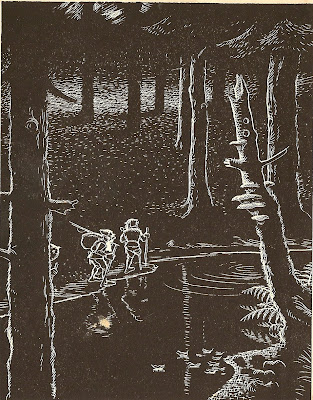 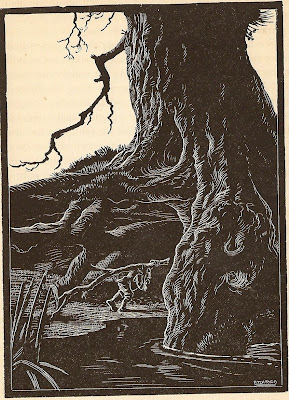 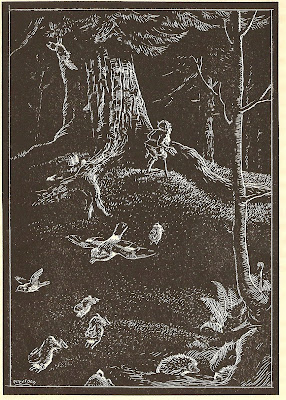 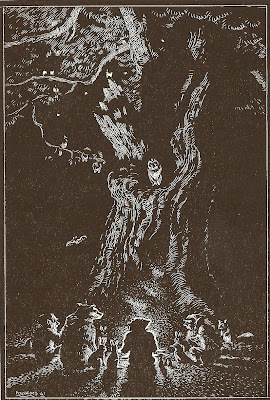 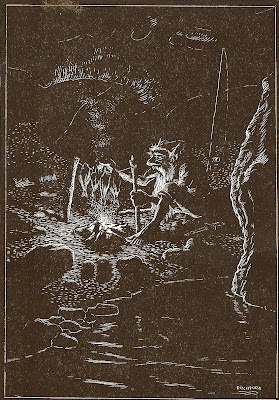 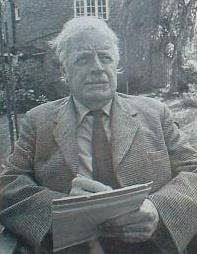 I picked this book up years ago from a place called Yesterday's Warehouse (since closed), something of an old curiosity shop, dedicated mainly to books. I'd never seen or heard of The Little Grey Men before, but rather liked the style of the illustrations and the general set-up (gnomes having adventures in the countryside and their rare interactions with human civilisation), so I bought it, enjoyed it well enough, and put it on my shelf. Only a couple of days ago I decided to put a few choice pictures from it on the blog, and thought I'd do a little research on the book and its author.

I discovered that I was looking at the tip of an iceberg. The author, Denys Watkins-Pitchford, had written and illustrated some sixty books between 1937 and 1987. The Little Grey Men was published in 1942 and won the Carnegie Medal that year. Watkins-Pitchford, who only used his full name for credit as illustrator and preferred the short pseudonym of "BB" as an author, was author, illustrator, and 'countryman'; a sort of combination of naturalist, conservationist, and sportsman, and his books are renowned for their authentic detail. "BB" claimed that the inspiration for this book came from his actual sighting of a gnome when he was a small child. Whether he was serious or indulging in that sort of epic leg-pulling that is a certain element in English humor is unknown.

Watkins-Pitchford passed away in 1990, but not before publishing a sequel (Down The Bright Stream), becoming a Member of the Order of the British Empire, and seeing a ten -part series adapted from The Little Grey Men on British television, called Baldmoney, Sneezewort, Dodder and Cloudberry, named after the gnomes in his book. His numerous books are still popular in the UK, and there is a society dedicated to his works.

The Little Grey Men was the favorite book of Syd Barrett of Pink Floyd, and an excerpt was read from it at his funeral. Perhaps it was this inscription from all of "BB's" books, found by his father on a north country tombstone and now incised on his own memorial:

The wonder of the world
The beauty and the power,
The shapes of things,
Their colours, lights and shades,
These I saw.
Look ye also while life lasts.
Posted by Brer at 3:42 AM

Undoubtedly Barrett's inspiration for his song "The Gnome," from Piper at the Gates of Dawn. Wikipedia says Nigel Planer also did a version of it, in his character as Neil! I'll have to hunt that down.