Getting to the New Found Land 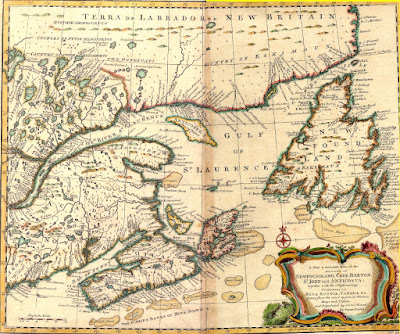 In a way I quite understand why some people are put off by Theology. I remember once when I had been giving a talk to the R.A.F., an old, hard-bitten officer got up and said, ‘I’ve no use for all that stuff. But, mind you, I’m a religious man too. I know there’s a God. I’ve felt Him: out alone in the desert at night: the tremendous mystery. And that’s just why I don’t believe all your neat little dogmas and formulas about Him. To anyone who’s met the real thing they all seem so petty and pedantic and unreal!’

Now in a sense I quite agreed with that man. I think he had probably had a real experience of God in the desert. And when he turned from that experience to the Christian creeds, I think he really was turning from something real to something less real. In the same way, if a man has once looked at the Atlantic from the beach, and then goes and looks at a map of the Atlantic, he also will be turning from something real to something less real: turning from real waves to a bit of coloured paper. But here comes the point. The map is admittedly only coloured paper, but there are two things you have to remember about it. In the first place, it is based on what hundreds and thousands of people have found out by sailing the real Atlantic. In that way it has behind it masses of experience just as real as the one you could have from the beach; only, while yours would be a single glimpse, the map fits all those different experiences together. In the second place, if you want to go anywhere, the map is absolutely necessary. As long as you are content with walks on the beach, your own glimpses are far more fun than looking at a map. But the map is going to be more use than walks on the beach if you want to get to [Canada].

Now, Theology is like the map. Merely learning and thinking about the Christian doctrines, if you stop there, is less real and less exciting than the sort of thing my friend got in the desert. Doctrines are not God: they are only a kind of map. But that map is based on the experience of hundreds of people who really were in touch with God—experiences compared with which any thrills or pious feelings you and I are likely to get on our own are very elementary and very confused. And secondly, if you want to get any further, you must use the map. You see, what happened to that man in the desert may have been real, and was certainly exciting, but nothing comes of it. It leads nowhere. There is nothing to do about it. In fact, that is just why a vague religion—all about feeling God in nature, and so on-—is so attractive. It is all thrills and no work: like watching the waves from the beach. But you will not get to Newfoundland by studying the Atlantic that way, and you will not get eternal life by simply feeling the presence of God in flowers or music. Neither will you get anywhere by looking at maps without going to sea. Nor will you be very safe if you go to sea without a map.