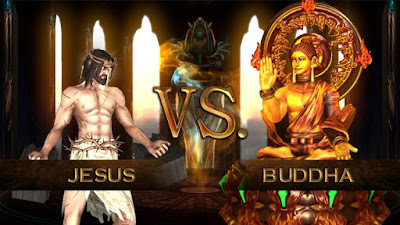 Comparative religion is very comparative indeed. That is, it is so much a matter of degree and distance and difference that it is only comparatively successful when it tries to compare. When we come to look at it closely we find it comparing things that are really quite incomparable. We are accustomed to see a table or catalogue of the world's great religions in parallel columns, until we fancy they are really parallel. We are accustomed to see the names of the great religious founders all in a row: Christ; Mahomet; Buddha; Confucius.

But in truth this is only a trick; another of these optical illusions by which any objects may be put into a particular relation by shifting to a particular point of sight. Those religions and religious founders, or rather those whom we choose to lump together as religions and religious founders, do not really show any common character. The illusion is partly produced by Islam coming immediately after Christianity in the list; as Islam did come after Christianity and was largely an imitation of Christianity. But the other eastern religions, or what we call religions, not only do not resemble the Church but do not resemble each other. When we come to Confucianism at the end of the list, we come to something in a totally different world of thought. To compare the Christian and Confucian religions is like comparing a theist with an English squire or asking whether a man is a believer in immortality or a hundred-per-cent American. Confucianism may be a civilization but it is not a religion.

In truth the Church is too unique to prove herself unique. For most popular and easy proof is by parallel and here there is no parallel. It is not easy, therefore, to expose the fallacy by which a false classification is created to swamp a unique thing when it really is a unique thing.