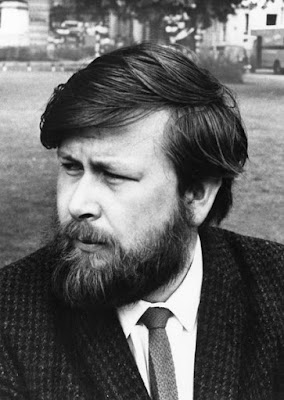 The end of the year, after Christmas, is traditionally a time of death. Very sick or elderly people hang on till the family holiday, then feel like they can let go. This year, with at least half the country feeling doom-laden because of the effects of the election, the pile-up of high-profile celebrity deaths in the last week seems to be feeding ominous emotions.

Less famous people, significant to me, have been passing away quietly all year. Frank Finlay, the best Van Helsing in the best adaptation of Dracula ever, died way back on January 30th. George S. Irving, the voice of Heat Miser, died just December 26th. And completely by chance I found out that an author I've enjoyed for years passed in July and I never heard about it.

Before Christmas I was moving books from one shelf to another, dusting and re-arranging. I took the works of Robert Nye out of a high nook, and was drawn into a volume, The Voyage of the Destiny. Looking for information to clarify a certain point, I learned that he had died of cancer at the age of 77.

Although the consensus was that he would probably be mostly remembered as a poet in the tradition of Laura Riding and Robert Graves, I knew him through his novels, especially Falstaff, which I found in college. I reveled in his Rabelaisian prose (more accurately, the prose of the Thomas Urquhart translation of Rabelais). A juvenile version of Beowulf. Novels on Merlin, Faust, Shakespeare.

There are still many of his works for me to explore, so to that extent I am lucky. If I want another book from him, I have only to go looking. But that is a finite resource. He wasn't a franchise. No one is likely to try to reproduce his style or turn him into a hologram. He was just a writer, crafting unique books of undefinable flavor. And only a small number will note his passing, and some only by chance.