Satyrday: The Innocence of the Fauns 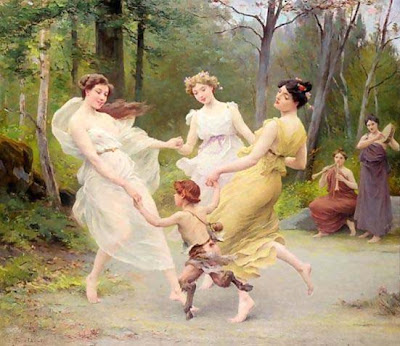 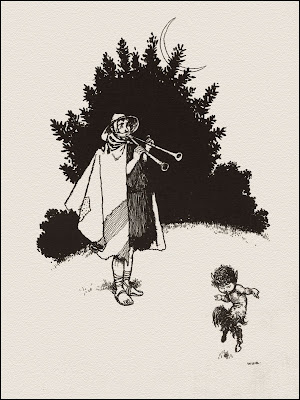 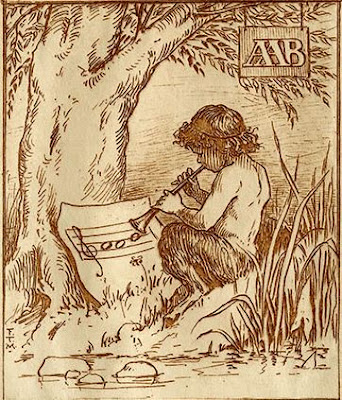 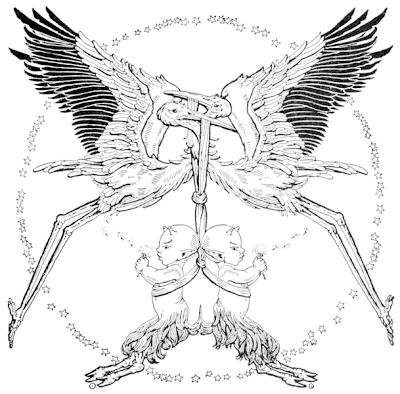 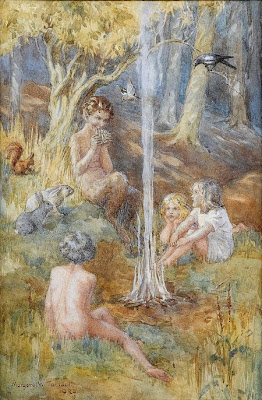 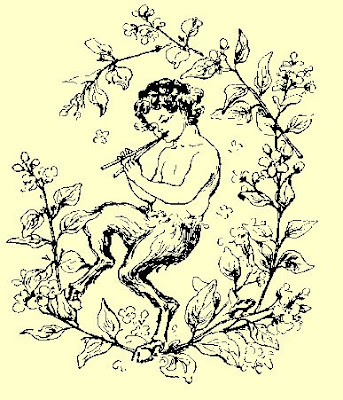 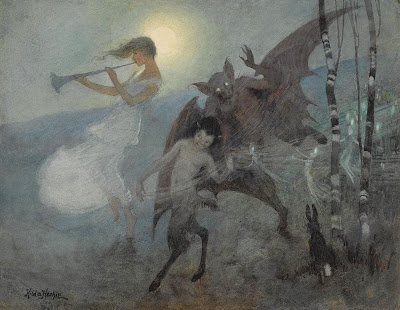 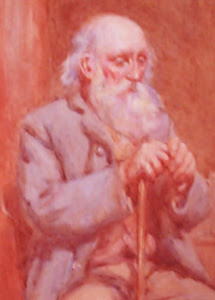 The family ghost on the back porch sits

Trying to gather his wandering wits.

All he has is the past and lost;

He tells the tales and counts the cost.

He's cold to the core, and numb as well,

But suffers the heat of the day like Hell.

He can only stay and thirst and think

Of the sweet dark tea he used to drink

When once he had good company.

Now buried or far or gone they be:

Busy with job and child and wife.

The living remember their guest with a start

When they go past him in his world apart.

They would help each other if they could;

It's hard for a ghost to beget any good.

He has no Now, there is only Then,

And Once There Was, and wondering When.

And waits to be laid at last to rest.

I've been thinking (on and off) about the name Susan, and it's use in what I still rather old-fashionedly refer to as Fantasy. Editors in the field of children's literature note disapprovingly the frequency of the name in work submitted to them, decrying it as out-of-date and unlikely for younger characters (although some of the alternate names, like Brittany or Ashley, that they have put forward as being more "relatable" to younger audiences are already beginning to show the patina of their particular times). But for those who enjoy Fantasy in all forms the name Susan may carry and convey all the right connotations for a certain type of character. 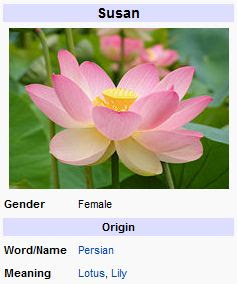 An early Susan to walk onto the scene was Susan Walker. She is the little girl (played by Natalie Wood) who didn't believe in Santa Claus in Miracle on 34th Street (1947). Her mother has been burned by romance, so she determines that her little girl shall have no Romance (in its larger sense) in her life; only the practical and proved, no fantasy or fairy-tales. It is up to Kris Kringle (and his lawyer) to prove to them that the "intangibles" have an important place in life. 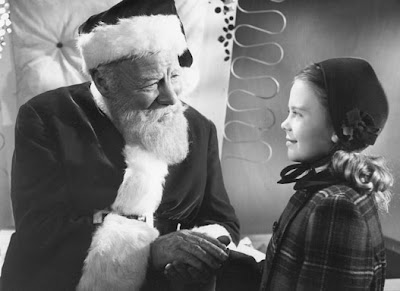 Susan Pevensie was introduced to the world in 1950 in the first book of C. S. Lewis' Narnia Chronicles, The Lion, the Witch, and the Wardrobe. From the start of the adventures she is cautious and common-sensical; she suggests they take the coats in the cold, she worries about what they will eat, she wonders whether they should get involved with danger. When she later is a Queen of Narnia she doesn't seek out adventures but is more of a "grown-up lady;" in Prince Caspian she makes sure they don't forget their shoes. By the time of The Last Battle(1956, Susan has become so concerned with seeming adult that she has put aside Narnia, and is not included in the final adventure. Some readers have concluded that she is "damned" or "fallen": others that she could still reach Aslan's Country by another way. Susan Sto Helit in Terry Pratchett's Discworld books first appears in Soul Music (1995). Her parents Ysabell (Death's adoptive daughter) and Mort (Death's apprentice) gave her the most down-to-earth name they could think of in the hopes that she could live a more regular life than they did. Discworld magical "genetics" being what they are, it doesn't quite work out. At one point she muses about her name: "Susan...it wasn't a good name was it? It wasn't a truly bad name, it wasn't like poor Iodine in the fourth form, or Nigella, a name which means 'Oops, we wanted a boy.' But it was dull. Susan. Sue. Good old Sue. It was a name that made sandwiches, kept its head in difficult circumstances, and could reliably look after other people's children." Although she has sometimes had to stand in for Death when he is otherwise engaged, and personally knows enough Anthropomorphic Personifications and small gods not to have any faith in the any of them, she still tries to keep her feet firmly on the ground and have a commonsensical view on life. 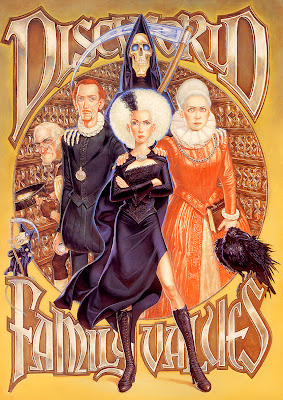 Susan Bones is a minor recurring character in J. K. Rowlings' Harry Potter books, a young half-blood witch from a major Wizarding family; she was there from the very beginning in Harry Potter and the Philosopher's Stone (1997). Susan, significantly, belongs to Hufflepuff House, the division of Hogwarts School of Witchcraft and Wizardry not associated with ambition, courage, or intelligence. Hufflepuffs are known for the quieter virtues of loyalty and hard work and as such are considered by some as "a lot o' duffers," although brave and accomplished members are not uncommon. Susan Bones and her family embody these qualities, and though they do nothing spectacular, they do their part. 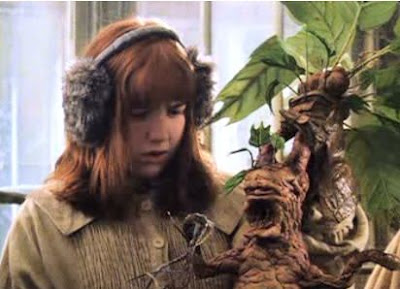 A couple of new Susans have recently surfaced in shows on the Cartoon Network. In Regular Show, Susan is an efficient businesswoman who takes the place of Benson as park manager. At first she seems merely firm and straightforward, but as her plan to completely take over progress, the park employees begin to literally turn into lookalike clones of her. Only by rebelling and asserting their individuality is order restored. In Adventure Time, Susan Strong is taken by Finn and Jake out of her dark underground home and introduced to the wonders of the magical Land of Ooo. After initially being afraid of literally everything ("That's just a rock, it's a low level enemy"), Susan becomes truly heroic when she leads her people back to Beautopia. Jake thinks her actions are just crazy, but it turns out that all she does in their travel underground are just practical reactions to crazy situations. 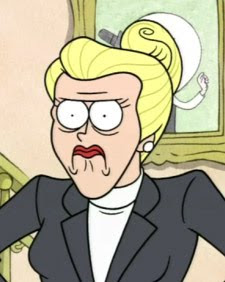 And so in Fantasy the name Susan can carry a certain connotation. A Susan is at bottom practical, dependable, and full of common-sense. These qualities can take a turn for the worse and overwhelm, turn the Susan self-serving, fearful, or simply dull to the possibilities of wonder or love. These same qualities, when added to or gone beyond (without ever being lost) can act as steadying virtues to what might be a more over-the-top or Quixotic heroism in a character without them. A Susan, at her best, can conquer the world and never forgets to wear sensible shoes.
Posted by Brer at 11:43 AM 1 comment: 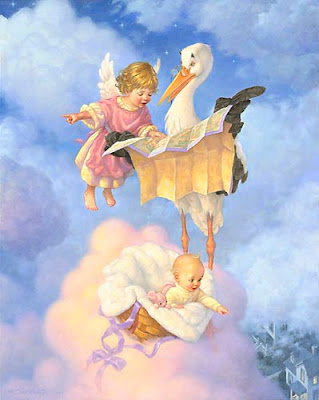 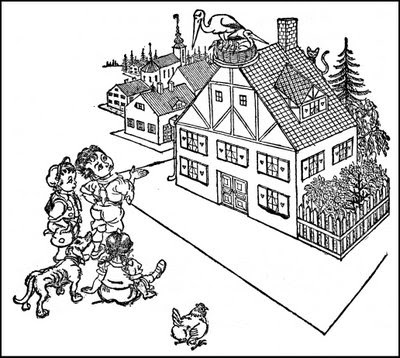 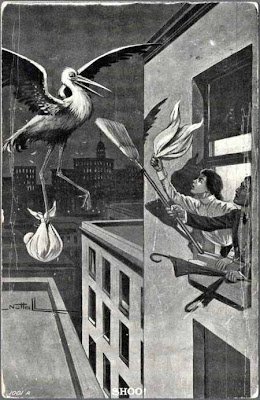 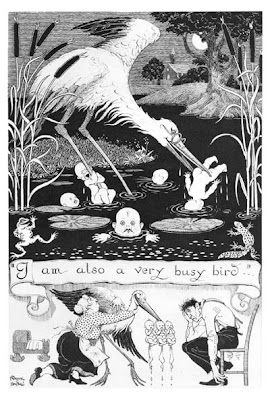 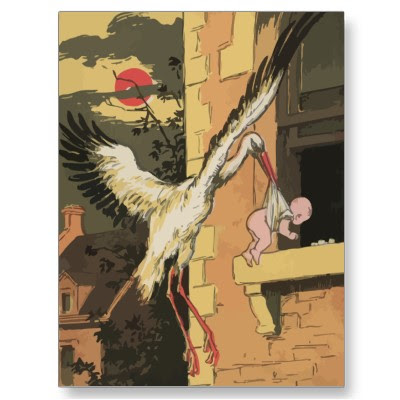 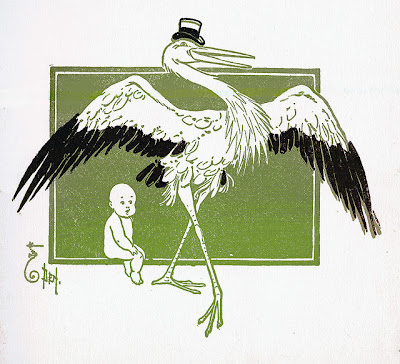 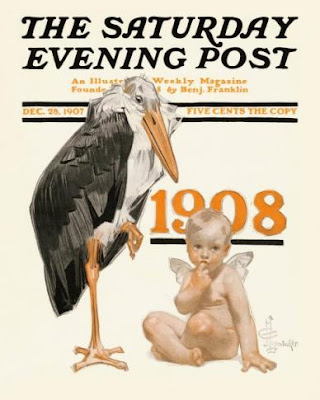